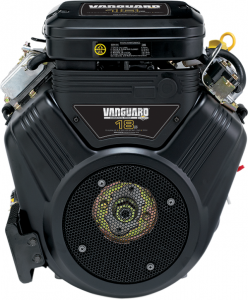 Announcement: WE are thrilled to share this announcement that our Main Engine supplier for our jetters and water blast units is moving back to the States.. Employing US citizens to build the motors that we use!!!!!!!  That is what we like to hear!!!!!!!!!! Made in the USA!!!!!!!!!!!!!!!!!!
Original article…
BY MIKE BREZONICK | Source: https://dieselprogress.com/briggs-brings-commitment-commercial-engines-home/#.WgR-ZxNSxTY
While it’s often misunderstood by the general public, a bedrock principle of modern global business is that it’s nearly always better to make products as close as possible to where they’re sold. The advantages are legion, with proximity to customers and the ability to react to their changing needs perhaps the most critical.
Yet as with any principle, there are always exceptions. A case in point is Briggs & Stratton Commercial Power. Since the official founding of the Commercial Power business in 2003, the company had sourced its flagship Vanguard V-twin engines from Japan through Daihatsu Briggs & Stratton (DBS), a joint venture with the Toyota subsidiary.  And the combination of Briggs & Stratton engine designs coupled with Japanese manufacturing capabilities helped the company grow its commercial engine business.
As a result of Briggs & Stratton’s renewed focus on its growing Commercial Power business, an evaluation on the best way to serve customers led to the opportunity to bring that production home. Thus by the end of 2018, production of all of the company’s small and large block commercial Vanguard V-twins will be shifted from the Shiga, Japan, to existing plants in Alabama and Georgia.
The official announcement was made in a ceremony at Auburn, Ala., one of the two sites that will build Vanguard commercial V-twin engines.
Read more here.

How to Clean Your Big Block Engines
Scroll to top